Predictive Help
< BACK TO HOME

A scheduled campaign can be used to advise, update, notify, communicate and remind campaign members about current events and news.

Example of a scheduled campaign: 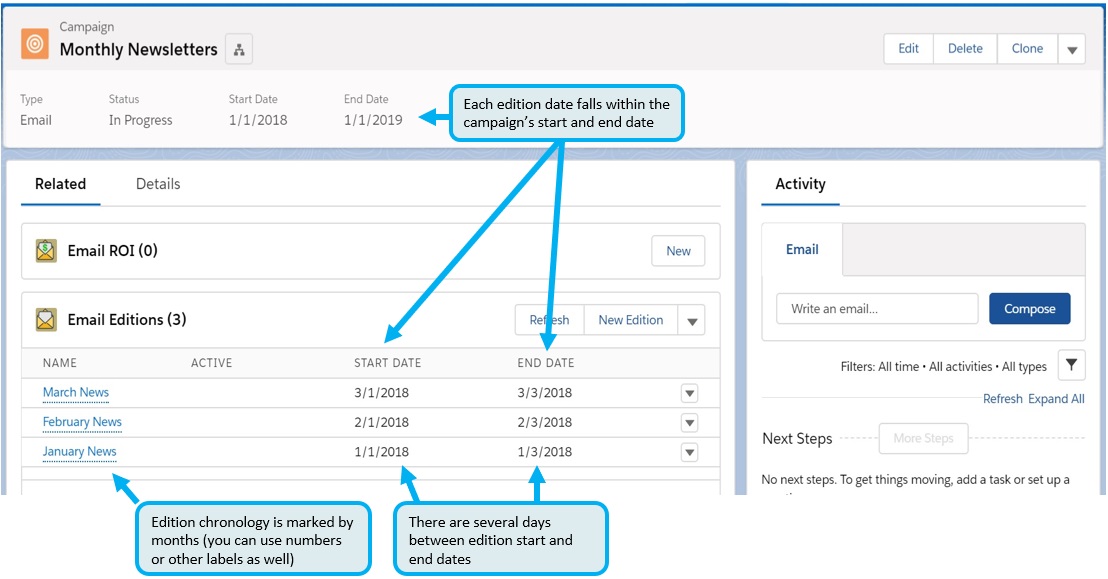 To create a scheduled campaign, follow the create a campaign instructions and choose ‘scheduled’ as the email type.

What it does:
Adaptive Behavioral Segmentation allows you to target an email edition to campaign member segments, based on their current level in the campaign.

The most common use of this feature is to ask your members to take action: donate funds to your cause, purchase your services or products, or register for an event. This can be considered a vital part of lead nurturing.

You can watch this video to see how it works, or follow the guide below.

How it works:
Users will see a Segmentation button in the Send Settings section of the eMaker.

Clicking the Segmentation button opens a pop-up where you can choose either “send to all members” (default) OR send to a subset based on the campaign member’s level (interaction with the most recent edition sent to them).

The initial edition in the campaign will only have the “send to all members” option. On subsequent editions you will see the additional options below.

☐ Members who did not open the most recent edition sent to them.

☐ Members who opened but did not click the most recent edition sent to them.

☐ Members who opened, clicked, but did not complete the most recent edition sent to them.

Campaign Member Levels Overview:
Each member is assigned one level only. Levels are:

Note that whenever an email edition is sent to a Campaign Member, their level is re-set to 1, even if they had opened or clicked a previous message.