Predictive Help
< BACK TO HOME

CampaignFlow is a trigger based automation tool that adds leads or contacts to a campaign, and also allows for the modification of campaign member status. The trigger is lead or contact creation and/or a data field on a lead or contact record which is modified to match the criteria set in the CampaignFlow.

To create a new CampaignFlow from within the Campaign in Predictive Response:

Once the new CampaignFlow populates, complete the following fields:

Adding multiple values is possible – use a comma to separate the values.

There are buttons displayed at the top of the CampaignFlow page that enable different actions.

This CampaignFlow will add existing and new contacts to a campaign based on their mailing state of California. 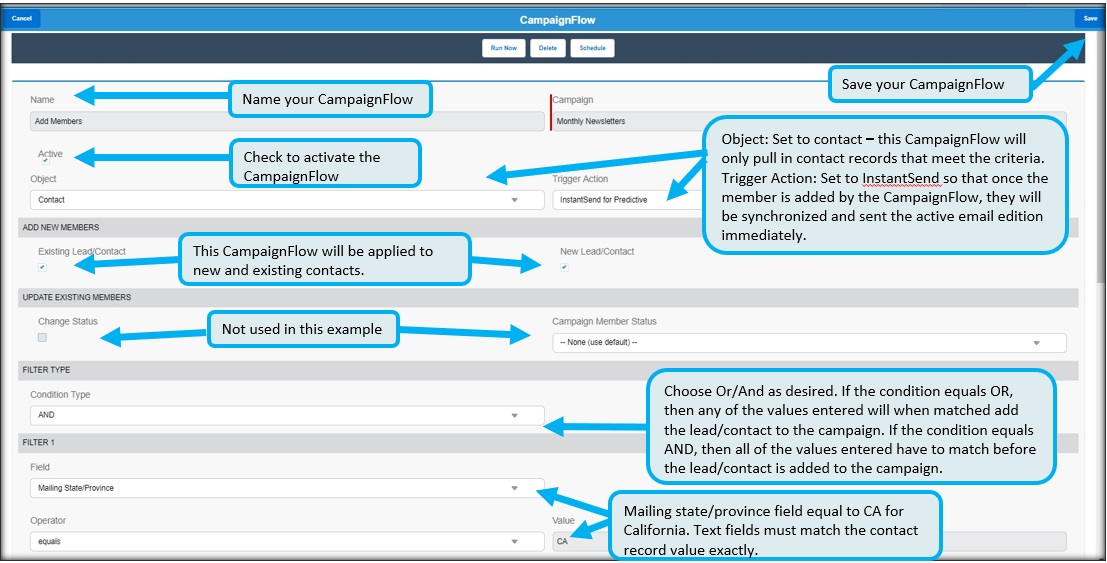 This CampaignFlow will update Campaign Members’ status to completed if they’ve donated in 2018. Once completed they will no longer receive emails from the campaign.